The bells of St. John the Baptist Church joyfully proclaimed the feast of Easter on April 12, 1789, when Anthony Gianelli was born miraculously from Maria Tosso and Giacomo Gianelli, in Cerreta.  This small hamlet clings four hundred twenty meters up the side of the foot hills of the Western Ligurian Apennines, in Northern Italy, about ten hours from Rome.  Anthony was called “The Son of Prayer” because his mother was dying, however both the mother and the son survived thanks to their neighbors’ prayers.  He was baptized the same year, on April 19.

In spite of the turmoil that rocked Europe at the end of the eighteen-century, the small town of Cerreta remained quiet and uninterested in any revolutionary movement.  Most of the inhabitants in town were farmers; thus, it was in this spirit of hard work and respect for the land that Anthony spent his formative years.  At a young age Anthony learned to emulate his mother’s faith and piety, his father’s love for work and sacrifice, and their mutual generosity toward the poor and the afflicted.

Anthony attended classes at a parochial school that Father Francis Ricci had recently opened for the children of the neighboring villages in Castello, a town located forty-five minutes from Cerreta.

As his elementary school years were drawing to a close in Castello, Anthony wanted nothing more than to be able to continue his education at the seminary of Genoa.  He knew that his desire would entail an expense his parents could not afford.  It was through the charity of the Gianelli’s landowner, Mrs. Nicoletta Assereto Rebisso, that he could do it.  She took Anthony home with her; thus he was able to attend the seminary as a day student.  As a seminarian he was very successful academically, however, he was well known for his spirit of piety and mortification.

Anthony was only 23 at the date of his ordination to the priesthood on May 24, 1812, the day of the Holy Trinity.  During the first fourteen years of his ministry, he filled many different assignments.  He served as an Assistant Parish Priest at St. Matthew Church in Genoa, a rhetoric teacher, a mission preacher, a professor and Director of Discipline at the Seminary of Genoa, a spiritual director of many Religious Sisters.

In 1826 Father Gianelli was named Dean of the priests in the city of Chiavari.  During the twelve years in this service he accomplished some of his most important work.  In November of 1826 he opened the Seminary of Chiavari where he became the Prefect of studies. One year later, in 1827, he enrolled himself as Member of the Economic Society -for the development of the arts, industry, agriculture and commerce- and founded the “Ladies of Charity”, the female branch of the above-stated society.  At the end of 1827 Gianelli founded the “Missionaries of St. Alfonso Liguori” to dedicate themselves particularly to preach missions. Very sensitive to the needs of people and inflamed with charity, on January 12, 1829 he gathered together a group of thirteen women willing to dedicate themselves completely to the glory of God and the salvation of people.  Since the house in which this order began was near the central Shrine of Chiavari, the Basilica of Our Lady of the Garden, the Founder entrusted the new order to her care.  From then to this day, dedicated women have never failed to carry on his work by teaching, nursing, and helping all those in need.  In addition, in 1833, on behalf of Cardinal Tadini, Archbishop of Genoa, Father Gianelli reformed the Augustinian Nuns of Varese Ligure.

On May 6, 1838, Cardinal Tadini ordained Father Gianelli as Bishop of Bobbio at the Cathedral of Genoa.

In addition to the foundation of the Missionaries of St. Alfonso de Liguori in 1827 and the Daughters of Our Lady of the Garden in 1829, in October of 1838 Gianelli founded the “Oblates of St. Alfonso Liguori” with the precise scope of running and teaching in the Seminaries.

He gave himself heart and soul to the people of his diocese for eight years.  Convinced that renewal must come from within, Bishop Gianelli planned to reform the members of the episcopacy.  He insisted on daily Mass, meditation, frequency of the Sacraments, and participation in an annual retreat that he prepared and preached.  He also developed a personal contact with his priests, guided the Sisters personally, constantly instructed the seminarians, preached missions, visited all of his parishes three times, conducted two synods and performed countless works of charity for the poor. 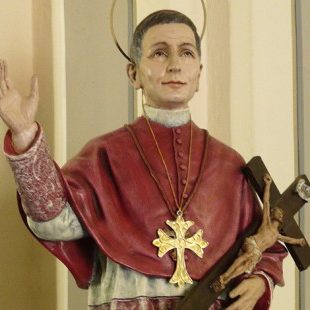 His boundless energy, however, started to deteriorate.  At the end of April 1845 Bishop Gianelli suffered an acute attack of gastric fever, which was wrongly diagnosed and treated. His lungs became seriously ill, and by the spring of 1846 he was so weak that he could no longer celebrate Mass. His doctors advised him to move to a more agreeable climate.  He went to Piacenza where his health worsened.  He died on June 7, far away from his Diocese.  His mortal remains were returned to Bobbio two days later and were honorably buried alongside the other bishops.  On April 19, 1925, he was proclaimed Blessed by Pope Pius XI and declared Saint by Pope Pius XII on October 21, 1951. 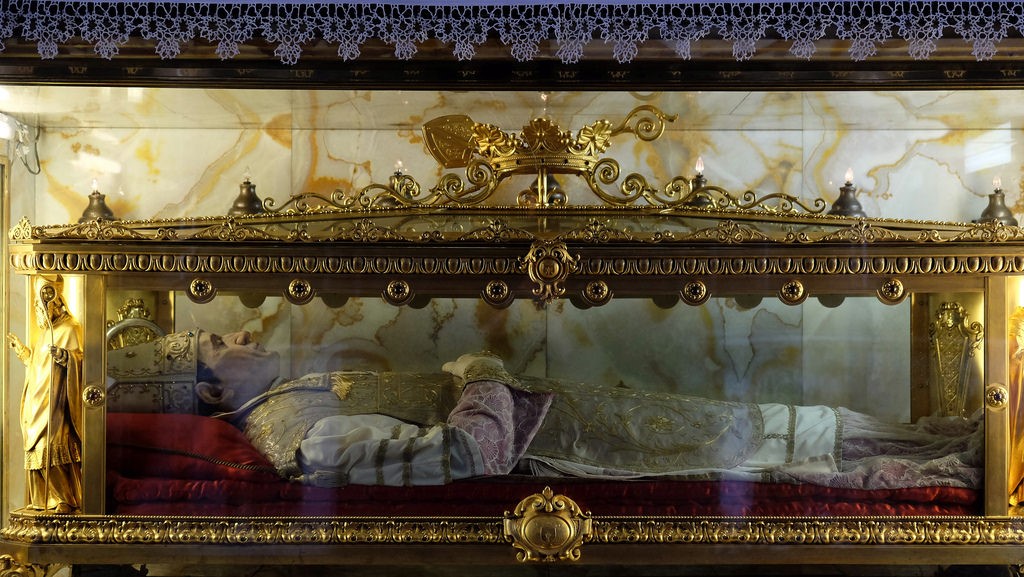 St. Anthony Gianelli, who showed your great charity with your love,
come to the aid of those who suffer.
Show the way of salvation to all,
and grant that, the talent of doing good given us by God,
may spread and bring brotherhood and peace.
Obtain for us the grace
that we so ardently desire … (Express your need)
obtain for us to be joyful in spirit
and to continue to good forever.
Amen.

Saint Anthony Gianelli’s Feast Day is October 21.
(Through his intercession, a number of ladies who could not conceive, obtained the grace of a baby in their family.)