Our Lady of the Garden 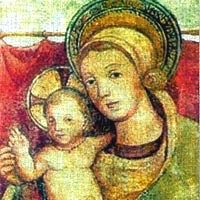 Origins of the Devotion

The origin of the devotion to Our Lady of the Garden takes us many years back, to the late 1400s.  In spring of 1493 the city of Genoa, Italy, suffers from a most serious epidemic, cholera. Chiavari, a town on the nearby coast, had daily communications with Genoa, so the epidemic also reaches there.

In this town, Maria dei Quercio, nicknamed “Turchina” because of the blue dress she wears in honor of Mary, promises a public token of gratitude to the Blessed Mother if her family is spared of the epidemic. She is not disappointed; her family does not contract the disease.  In thanksgiving she commissions a painter, Benedict Borzone, to paint a picture of the Blessed Virgin Mary, flanked on either side by Saint Sebastian and Saint Rocco, patron saints of wounds, illnesses, and famine. Around the head of Mary are the words of the angelical salutation “Ave gratia plena” and further above the biblical phrase “Hortus Conclusus”, “Enclosed Garden” in English. 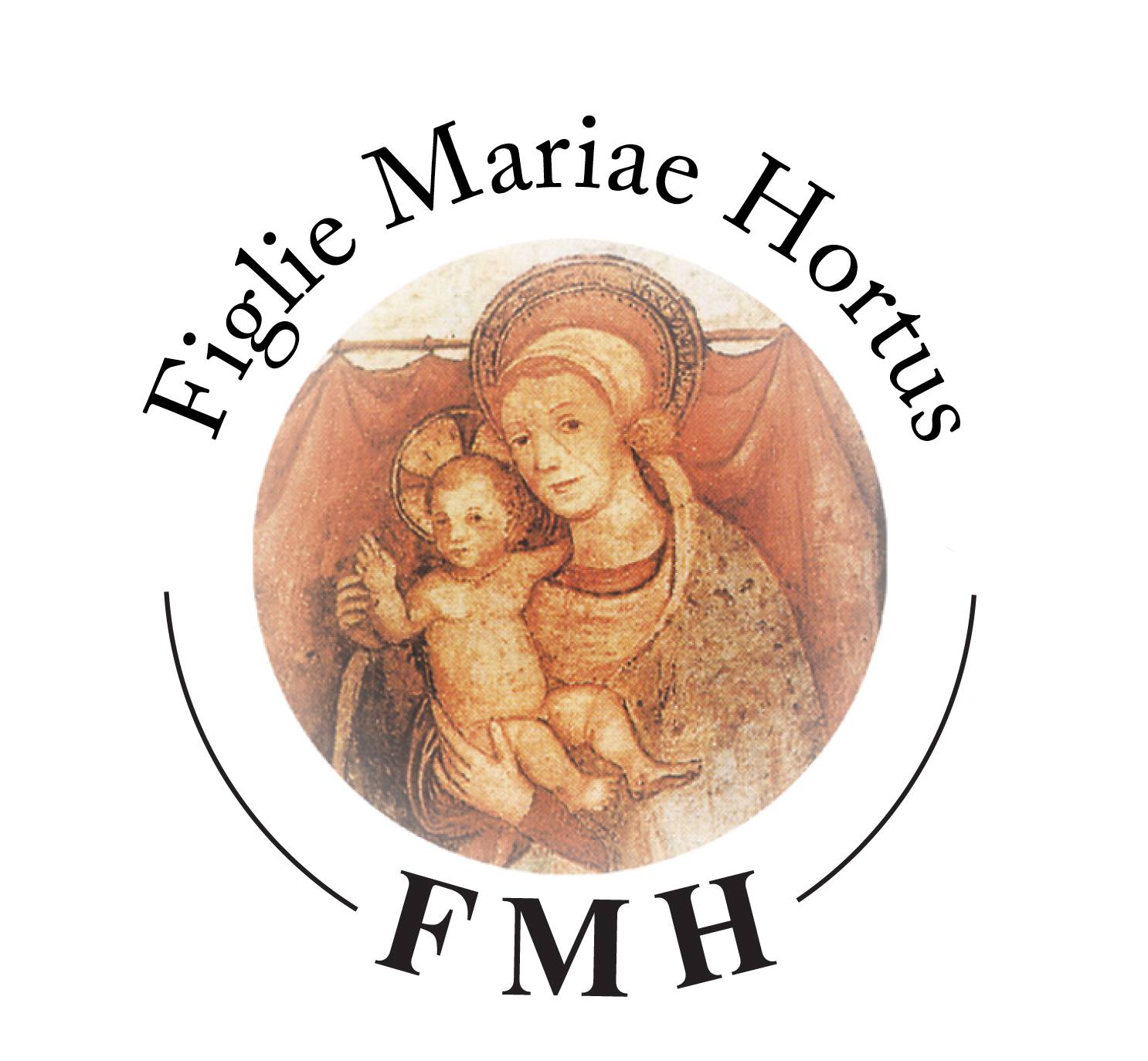 The painting, however, is not painted in a church but in a public place, on a wall.  The wall stood along the gardens that then extended from the Captain’s Palace all the way out to the sea.  People entering Chiavari and tourists who passed by could easily praise and thank the Blessed Virgin. Due to the fact that Benedict Borzone’s painting of the Virgin was by the garden’s wall, ever since, she is recognized, the world over, as “Madonna dell’ Orto”, “Our Lady of the Garden” in English.

The artist succeeded in expressing marvelously Mary’s maternal mediation. She holds Baby Jesus’ arm and lovingly bends her head toward him. He has one hand on her neck, while, with Mary’s help, he blesses the people with the other. It is through Mary, that divine grace descends upon humankind. This image reveals Mary’s maternal love and the power of her intercession toward all who come to her with their problems, weaknesses, suffering, desires and hopes. 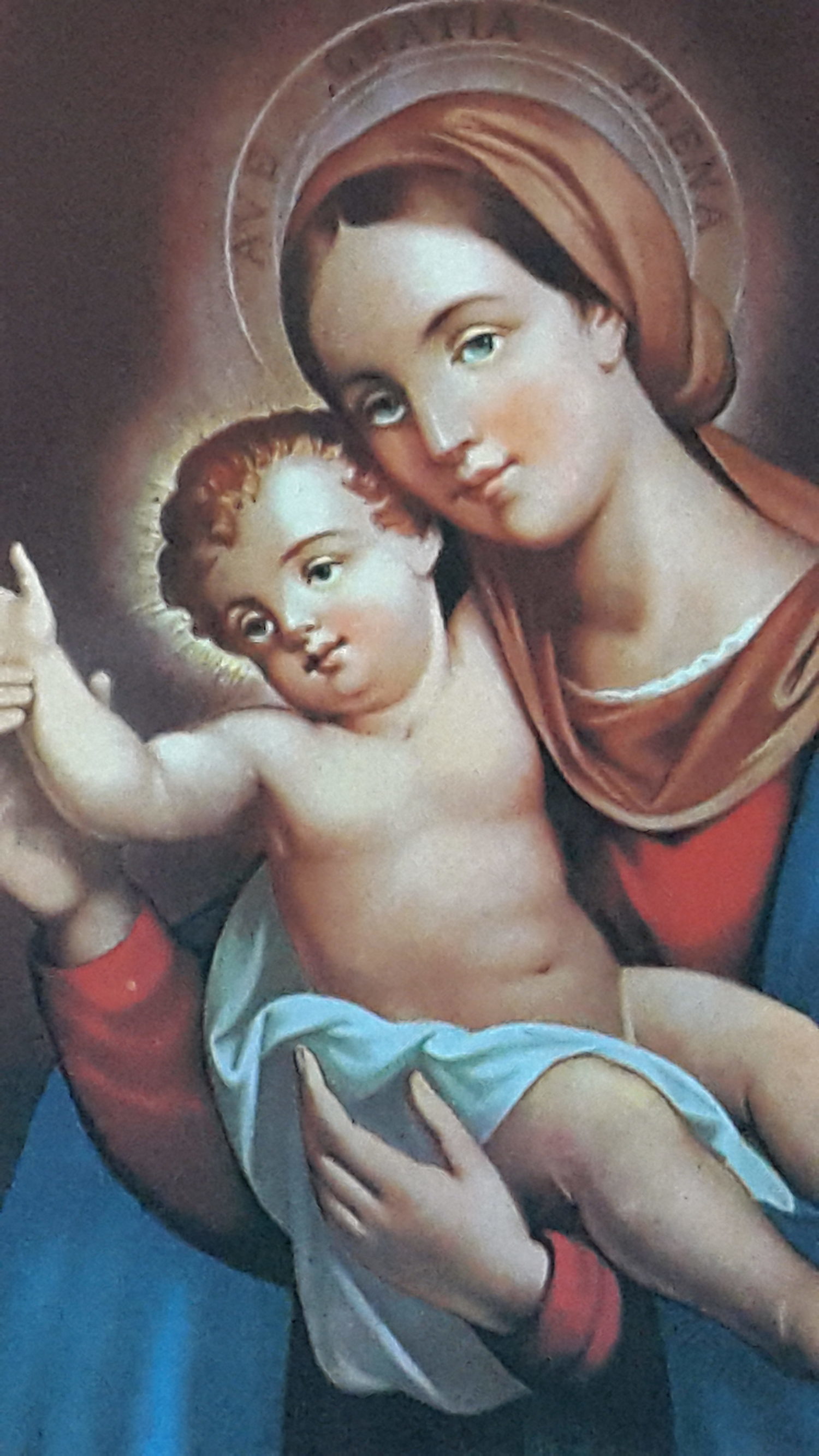 Maria dei Quercio’s idea of painting the image of the Blessed Mother on a wall, right in a place where everybody would see her, could not be better.  It was a permanent reminder of the favors received from her.

Perhaps one of the main miracles is the picture itself.  After many years, the picture, exposed to the rain, the sun and the salty air from the sea, conserved its beauty and the freshness of the colors.

In 1528 cholera returns to Northern Italy, including Chiavari.  The danger of getting infected awakens the devotion of the population.  Many people obtain miraculous favors through the intercession of Our Lady of the Garden.  Even when the pestilence leaves the region, people continue visiting the image.

These are just the first signs.  Today, thousands of people from all over the world invoke Our Lady of the Garden’s name in different languages obtaining Graces from God through her intercession. 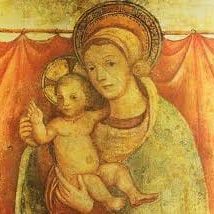 On July 2, 1610, Sebastian Descalzo, a young merchant, sees a brilliant light and a lady’s figure advancing slowly toward the piazza between two lit torches. She reaches the Captain’s garden and goes toward the painted image. He sees the Blessed Mother’s figure stopping in front of the shrine, illumining it, then raising and disappearing all wrapped by the light. He spreads his experience. The citizens of Chiavari become very fond of their “Madonna.”  So fond that in 1643 they proclaim her Patroness of their town and set apart, thereafter, July 2nd as a holiday.  They took her image wherever they went.  Merchants brought the image to Africa where Our Lady of the Garden has been honored since the 18th century, and to Uruguay, in South America, since the 19th century. 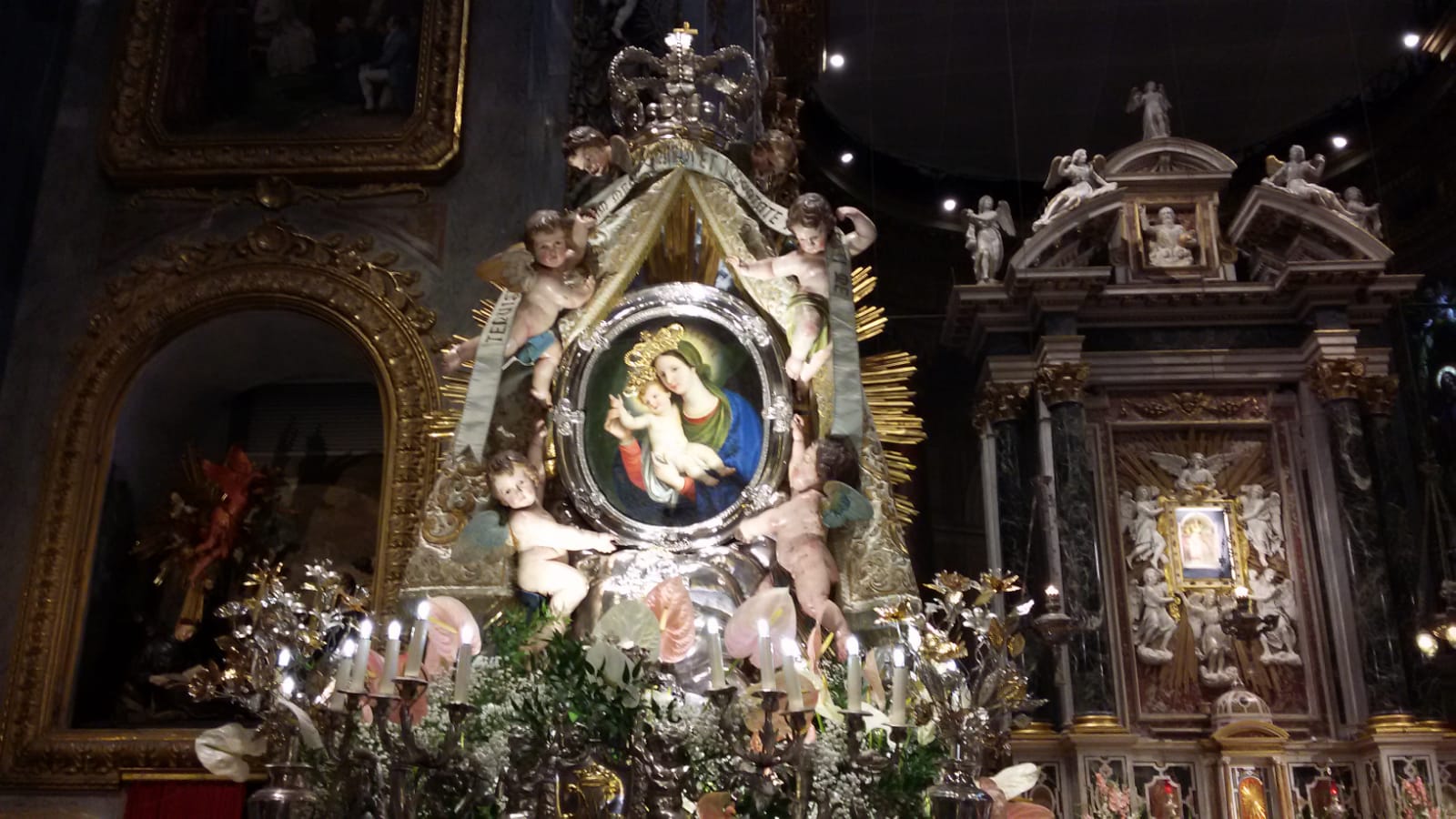 Hymn to Our Lady of the Garden

Give us joy, young people request;
give us peace, the families claim;
give us God and open our hearts to Him.

O Mary, for your fruitful virginity,
you were made an “enclosed garden and a sealed fountain” by the Holy Spirit. Because you bound yourself completely to God, look upon us with motherly care.

For the particular love with which you revealed yourself as a garden filled with graces for our salvation, obtain for us from your Son, whom you are holding in your arms, this grace… (Express your need).

Grant me. Mother, a continuous conversion of heart, a growing love for God’s will and a diligent charity toward our brothers and sisters. Amen.

Our Lady of the Garden,
help and comfort me;
give me a heart full of love
for Jesus, my Redeemer,
sanctify me, o most sweet Mary!
Sweet and dear Mother,
answer those who call upon you;
save those who love you and trust in you.
I ask you this through Christ our Lord. Amen.