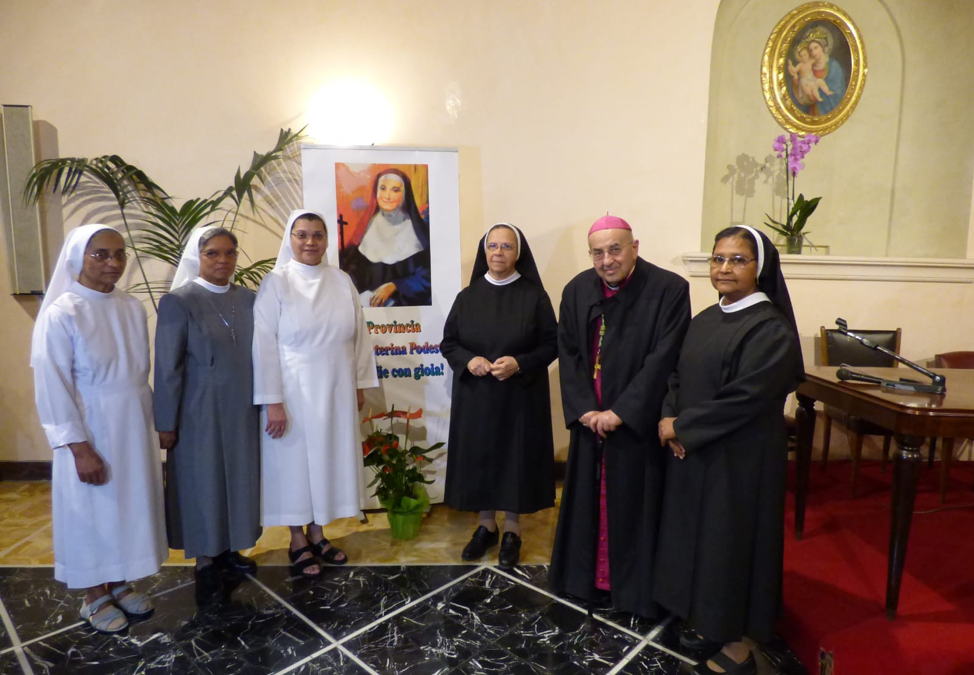 On September 30th 2018, the two Italian Provinces of the Daughters of Our Lady of the Garden merged into one in a ceremony that took place at the Mother House of the Institute in Chiavari, Italy.

Mother Ana Calderon, General Councilor, read the Erection Decree in which the former Religious Provinces of Genoa and Rome become one under the name of Madre Caterina Podestà.

The Eucharistic Celebration was presided by the Bishop of Chiavari, His Eminence Alberto Tanasini, concelebrated by several priests, and witnessed by the members of the new Provincial Council as well as a great number of Sisters and local friends. The event concluded with a reception in the conference room of the New Provincial House.